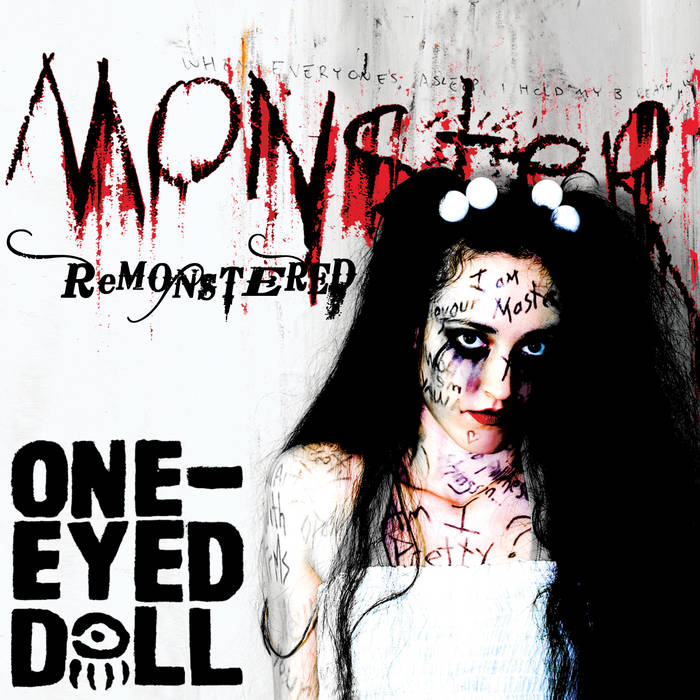 vampiriahearts serial killers are indeed people too Favorite track: Be My Friend.

Cameron Kenny One-Eyed Doll are amazing, its a hard choice between Brief Candle and Be My Friend. I love all the songs on here and I will definately be buying more of their albums <3 Favorite track: Brief Candle.

Zevul Rev There are few bands as charismatic as the female fronted band One-Eyed Doll. One-Eyed Doll delivers a mix of genres with heavy drums, heavy guitar along with some incredible vocals.

WATCH THE NEW BE MY FRIEND MUSIC VIDEO!
bit.ly/bemyfriendvideo

As you may know, way back in 2008 Kimberly and I recorded the second One-Eyed Doll album Monster in my modest bedroom studio. It was the album that really started to get world wide attention for the band and has since become a fan favorite! So many of the songs on Monster have become staples of our live set like Be My Friend, Plumes of Death, Fight and Monster.

At the time I was just the producer. But a year later I actually joined the band on drums and we began touring the country full time. Over the next couple of years and with hundreds of shows under our belts, the songs on Monster started taking a different shape on stage. Heavier, more powerful and solid. We had also moved on from my bedroom studio to Sylvia Massy's legendary world class studio. We both felt that Monster, possibly our definitive album, deserved a remix and remaster to bring it up to the quality of our newer releases. I also played the drums on these new mixes.

We wanted to include a bonus track, so for the first time ever we covered someone else's song, the super epic I Am A Viking by Yngwie Malmsteen as sung by the amazing Jeff Scott Soto. We hope that you love it as much as we do! -Junior

Copyright 2008
Remixed and Remastered Copyright 2013
All songs written by Kimberly Freeman
Except I Am A Viking by Yngwie Malmsteen
Guitar, Lyrics and Vocals by Kimberly Freeman
Drums, Bass and Keys by Junior (Jason Rufuss Sewell)
Produced and Mixed by Jason Rufuss Sewell
Drums engineered by Zak Stirling
Mastered by Eric Broyhill
Photo by Daniel Upton
Design by Jonny Flash

Special Thanks to Sylvia Massy, Chris Johnson and Andy Cockrum