Footsteps of a Clown (Single) 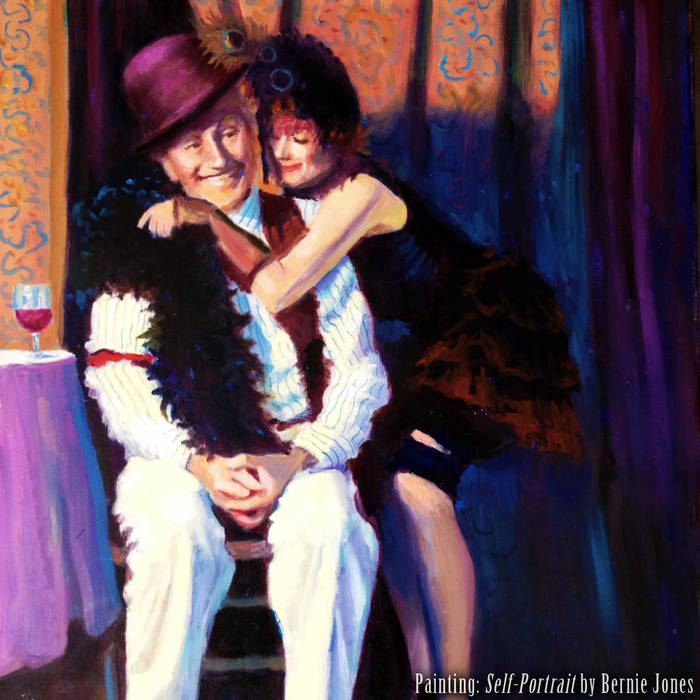 My adopted grandpa Bernie Jones was a prolific actor, comedian, songwriter, artist and musician all his life in Hollywood and Vegas. He played with the likes of Spike Jones, Judy Garland, Bob Hope and many others on any instrument you could think of, all the way into his mid 90's when he died. He was the first performer I ever saw; and he had one eye. He was the one who really inspired me to start playing guitar (his guitar, in fact) and form the band that is my entire existence today.

A couple of years after Bernie's passing, I found myself at his old stomping grounds: NBC studios in Hollywood. I was there to be on stage with my friends Arcattack, who were competing in the semi-finals for the show, America's Got Talent. I was to perform in front of a studio audience, judges and 20 million live viewers, not as a musician, but as an actress -- an improv actress. We hadn't rehearsed all week long like the other acts, because the stage was still being built all the way up to the day of the show.

I was so nervous, wondering why I was there in the first place. I hadn't the faintest idea of how to pretend to be an actress, and without a rehearsal! All I wanted in the whole world was to hear Bernie's advice, to be mentored by him for this performance.

As I walked around the studios, I saw posters of some of the bands he used to play in like Red Skelton and Spike Jones. After touring much of the lot, seeing the TV shows being filmed behind the scenes and feeling the ground that he himself had performed on all those years ago, I felt like I'd gotten to know him in a whole new way -- like I'd literally been walking in his big footsteps.

I sat on a curb and wrote, "Footsteps of a Clown" with his old guitar; and I asked him what to do.

On the night of the show, I heard an old familiar voice inside of my head say,

"Never break character until the lights are out, the cameras are off and the audience is gone, kid."

I decided that I would honor Bernie by playing my part in his old fashioned slapstick style, the way I'd seen him play, "Ole Svenson" in his black and white movies. I vowed that even if the rest of the world hated my performance and booed me off stage, I'd make him proud.

That night, I played my part in his old slapstick style the best I could, as if he were there watching me from side stage; and I didn't break character until the lights were out, the audience was gone and the cameras were off.

In the shadow of a dream
A hundred years, oh
What does it mean

To be the poor player
Fretting my way
Old soothsayer
What would you say to me?

In the footsteps of a clown
You were so high
Did you ever come down?

All the lights, the camera’s glare
Did it blind you
Were you ever scared

To the poor player
Fretting my way
Old soothsayer
What would you say to me?

"Raucous, in-your-face grunge rock that will kick your ass in a good way, just like the lead singer." -AUSTIN SOUNDCHECK ... more